Checksum LVVS after 2nd startup. Expanded the tech tree and rebalanced several techs. Monitors were removed and replaced with submarines, and a new aircraft carrier naval unit is unlocked with one of the new techs. Added a decision that allows you to stop promotion of labourers from specific RGOs into craftsmen or artisans. A world bank country was implemented to buy up unsold raw material and consumer goods from the world market. There should be much less RGO unemployment in the world now and POPs should have more disposable income at the start of the game. 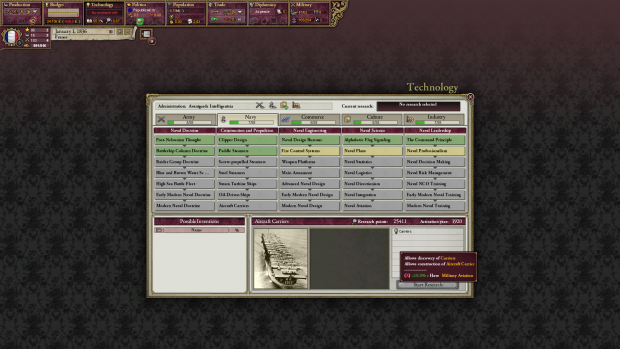