Play The Sundew Demo for free The Sundew is a 2D retro-style point'n'click adventure game that will take you into a dark cyberpunk world where the boundaries between good and evil become blurred. The prototype and the story of this game have been strongly inspired by classic LucasArts and Sierra’s games but also by new representatives of the genre (Wadjet eye games, The Last Door, ...), cyberpunk worlds and Sci Fi authors like Philip K. Dick and William Gibson. You'll be playing Anna Isobe, a cyber police officer who lives in Shibukawa, the new capital city of Japan. Her job, however, has become incredibly dull since robots replaced cyber-cops, almost eradicating all crimes. But in spite of the great performances of their AIs, the robots lack one thing they have not been able to acquire throughout the years. They lack… discernment.

Once setup is completely downloaded, double-click to start game installation and follow the instructions

If you experience any problem or question, please contact me: contact@2054games.net 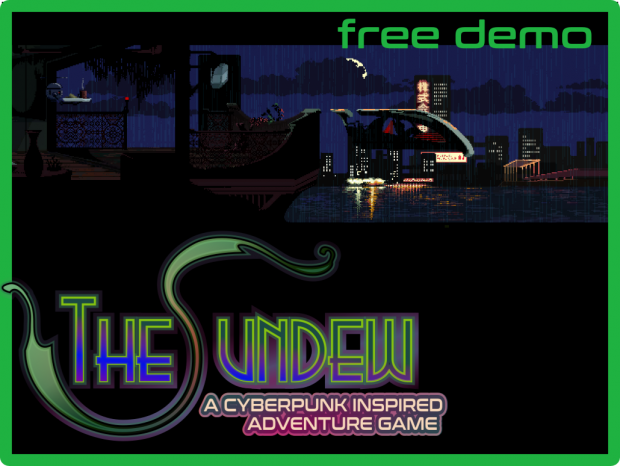