Hi all, We’ve been a bit secretive, but the team has been working hard to get the game ready for Early Access release AND bring you something extra. First off, we are bringing you the Team Racing League single player demo. The demo will provide players with an opportunity to WIN KEYS for the main game. Secondly, for the first time ever the Tutorial will be playable. You will be able to try all the multiplayer game mechanics in your own time. Finally, you will get a glimpse of a new setting, Forrest, and three new tracks. As an Easter Egg you can also find the new Trailer inside the demo. But we won’t spoil it by telling you how to find it. A bunch of these features will also make it to the full game of course, as we continue updating the game towards Early Access release. We expect that release to be in July! So, sit tight and let your friends know about the Demo. Wishlist the full game in the meantime to stay updated on its release. Gamious 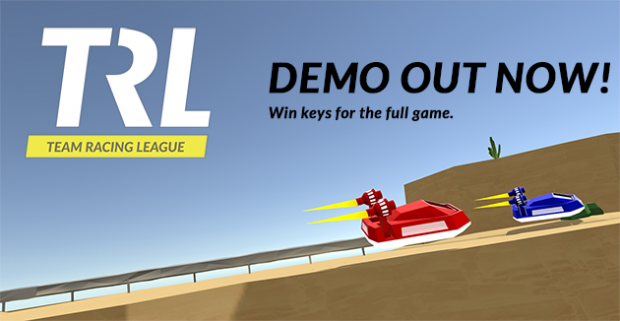