Thirteenth Version. -Countries from letter "o" to letter "t" have been released. -The lands that stayed with Hungary were donated to other countries as a way to balance the game. -Small territorial changes around the world. -More claims added in order to make the game more frantic. -The British Empire was completely excluded, removing the bug that replaced England with the United Kingdom and vice versa 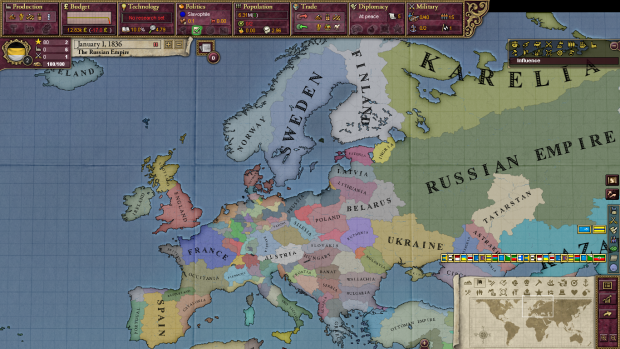