Super Mario 64 (Ue4) (Super Mario 64 Unreal Engine 4) is a 3d platformer where the player controls Mario through several courses. Each course is an enclosed world in which the player is free to wander in all directions and discover the environment without time limits. The worlds are filled with enemies that attack Mario, as well as friendly creatures that provide assistance, offer information, or ask a favor (such as pink "peace-loving" Bob-omb Buddies). The player gathers stars in each course; some stars only appear after completing certain tasks, often hinted at by the name of the course. These challenges include defeating a boss, solving puzzles, racing an opponent, and gathering coins. As more stars are collected, more areas of the castle hub world become accessible. The player unlocks doors in the castle with keys obtained by defeating Bowser in special courses. There are many hidden mini-courses and other secrets to the game, most containing extra stars required 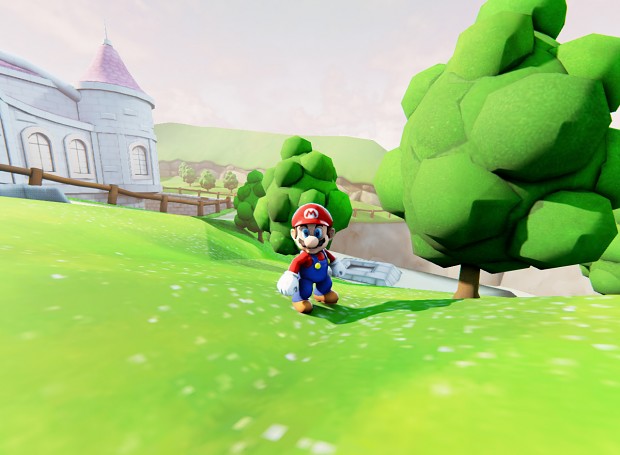