THIS IS NOT MY GAME. This game is made by Bruno R. Marcos. I have his permission to upload this game to modDB. Play as Luke Skywalker in the epic battle of Yavin, assault and destroy the empire's Death star. Fly in space, on the Death star's surface, make the trench run and try not to get blasted by Darth Vader's ship. Fight in six stages of intense action. 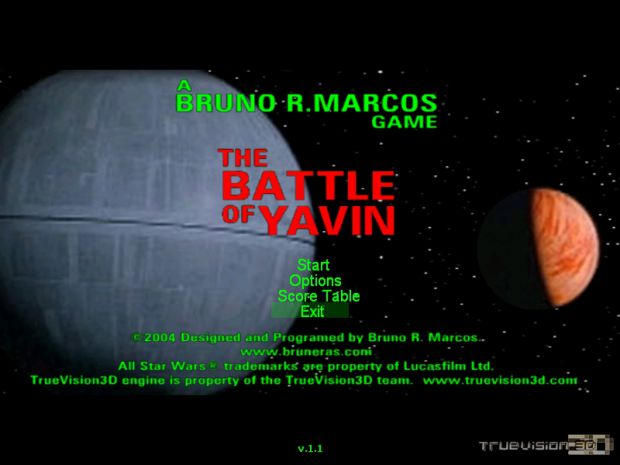 Awesome. But how do you "Use the force" at the end of the trench run??? I got that far, then turned off the radar (Which turns off the targeting computer too) but I can do anything else without being obliterated.

Anyone had a problem running this in Win 10?

How did you ever manage to get it running?