First patch since the prototype release. Still early, but let's call it the start of Alpha! Several animation improvements and additions, and we've added a work in progress boss fight! He doesn't attack yet, but this gives a good idea of the pace of the game! Note that, in the final product, bosses will be more frequent, and the environment will change after each fight.

Simply download the file, extract and make sure that all files (including the .exe, the _data file and UnityPlayer.dll) are all located in the same place on your PC. Run the .exe file and enjoy! 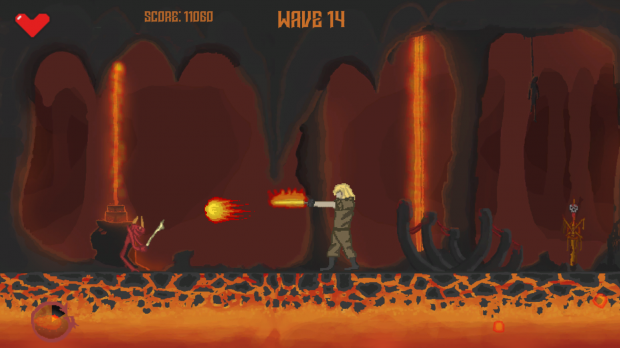