Solve a true crime from 1910 in this augmented reality mobile game. If playing the on-site version you'll start outside the State Library of Victoria where you'll meet the paperboy. He's a cheeky little misfit and you'll need to give him a penny before he will tell you your next location. From there you'll explore the actual scenes where the crime went down over a century ago. Collecting clues and questioning the witnesses who were involved. Are they telling truth or lies? You decide!

Misadventure In Little Lon is now available on the App Store and Google Play.

There is a free trial of the first few scenes or an in app purchase of $4.99 gets you the whole game. If played on-site in Melbourne game play takes approximately 2 hours (with some excellent cafes, restuarants and a tiny gin distillery on route). The offsite version can be played from anywhere and takes around 1hour to complete. 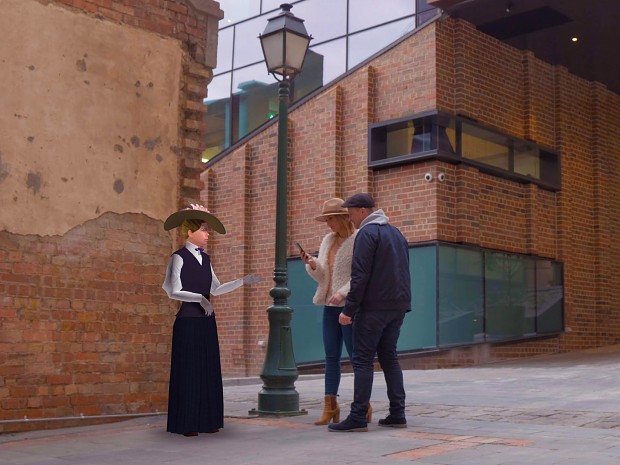