A 1-hour-long demo of the old imagining of Nails, (originally called: Metus). Lets plays are highly encouraged as we'd like to see everyone's reactions to the mod. (Flashing lights are in this mod for anyone with epilepsy) 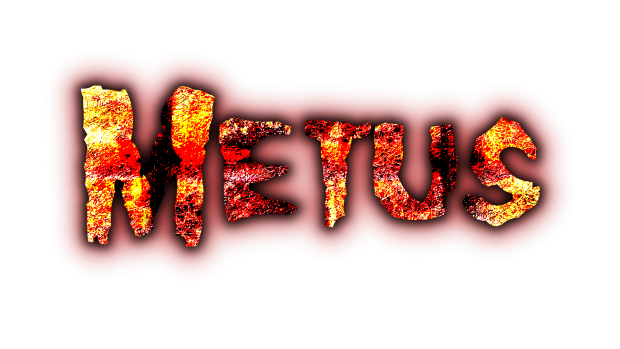 It took some time, but I and Seth have fixed many bugs and have overall improved the entire demo for a better experience for everyone. So here's the Metus Demo! (Again).

It looks so good so far!

So this mod has been crashing a lot for me. I keep having to restart the game, since I haven't found any checkpoints. Usually when I restart it I'm able to get further in the game, but it keeps crashing the further I get in the game, and I keep having to restart the game and play through it all over again. I would really like to get this issue fixed, as I'm really enjoying the mod so far, and I really want to complete it, without having to keep restarting at the beginning, over and over.

So I just finished the demo. I had to enable quick saves in the game files, because of how much this mod was crashing for me, I know it's cheating, but it was the only way for me to finish the mod, without having to restart at the beginning because of how much it was crashing. Luckily it only crashed once. so now that I've finished, the demo I've decided to write a "review" about it.

So I'll start with what I liked about this demo first.

So for starters the atmosphere in this demo is amazing! The atmosphere was very unsettling. From hearing creepy sounds, to the ambient music. It's all very well done. All the music used in the demo was very fitting. I really like the vibe this demo has. it feels like a combination of "Penumbra Overture" and the "Tech Demo" as well as giving off it's own unique feel. I also really like the environmental story telling in the mod.

Now for the story. I think the story is really good so far. While it does have that "You wake up with amnesia" cliche, I think it manages to use that cliche in a new and unique way. I really like the notes in the mod, I think they're very well written. I like that the notes aren't too long, and they're actually interesting to read. I also really like how the mod takes place in an underground bomb shelter. it's a very unique setting for an Amnesia mod.

Now as for the Gameplay. While there aren't any new gameplay mechanics, I think the Gameplay is still worth talking about. I really like that you took out the "Sanity" mechanic. it always annoys me when Amnesia mods keep in the "Sanity" mechanic, so it was nice not having to deal with it in this mod. Now the Puzzles in this mod are very creative. While they were very simplistic, I found them to be very enjoyable. I especially like the Puzzle where you have to turn off the electric fence, that was the most unique Puzzle in the mod.

Now as for what I didn't like. So there isn't anything in this mod I hated, but I do have some small criticisms.

I thought the opening was a little bland. I think the opening could definitely be much more engaging.

And that's about it for what I didn't like.

So I had very high expectations for this mod, and I'm happy to say that this demo did not disappoint! In fact it actually exceeded my expectations! This is a vast improvement over your previous Amnesia mods. This mod is almost as good as "Penumbra Necrologue" (Which is my favorite amnesia mod might I add). And this is only the demo! I can only imagine what the final version will be like.

And that's all I have to say. Fantastic demo! 👍 And I'm really looking forward to the final release!

so for the demo one hour? i wonder how much hours of gameplay will be the full release

It looks badass! I might give it a try!