In 1208 Ugandi estonians went to a conflict when they robbed merchants who were heading to Pihkva. The trouble become serious as latgals and germans wanted compensation and estonians to be christened. The Ugandi estonians did not let themselves christened and at the same year a raid by latglas and germans took place. With this the crusade against Estonia had begun. Lembitu is the leader of resistance movement against crusaders, under his command you can raid, spy, attack enemies, conquer back countries. 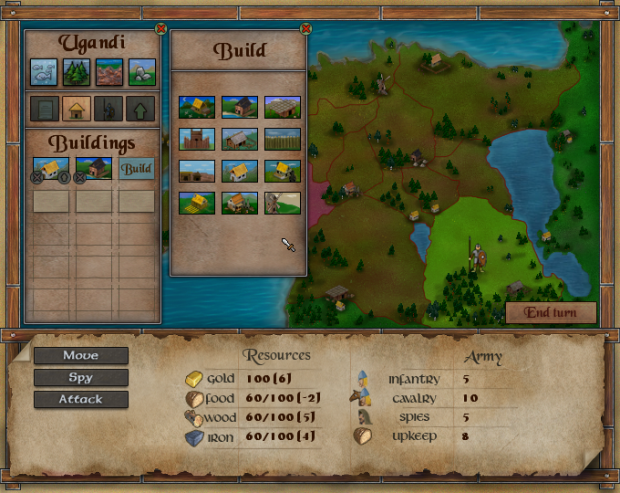