Fixed artillery particles All bayonets are visible now Removed Angry elephant Uniforms of the French are fixed Class limits of the French are fixed Added bagpipes for the British and removed the drummer SMLE speed is nerved, it is now equal to the lebel and gewehr More shrapnel for howitzers Fixed 'French_firearms.dds is missing' bug Added 5 custom map slots for 'Battle' and 'Conquest', to make it easier for server to have custom maps Renamed the United Kingdom to British Empire

Instructions:
(0. Install the BETA first)
1. Open the .exe
2. Click through, and accept the license
3. In the path change the folder to "Iron Europe v2", for Steam users:
Code 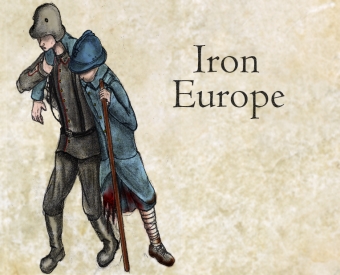 Time to hang out my washing on the Siegfried line.

Dear developers! Please repair the server in order to play the multiplayer! Previously, the servers worked fine, but right now there are British and Austrians on the server instead of Germans and French! And we can’t switch sides or accept the vote! Please do something! Thank you in advance.

Very odd how my antivirus flagged this.

wanna play mods like this join my reg focused on mod events Discord.gg

Not working. I got the v1.0 and then installed the above patch. What am I doing wrong?

Overall, I like the mod, but there is one problem.
The AI. When I play with bots in the trenches, they struggle to get out. Either they run into a wall, or some gather together to run into a corner of the trench at the same time. Sometimes they just struggle to climb up a ladder because they don't do it one by one.
Could you maybe make the AI better, and make them either step on the platform to shoot, or walk/run out of the trench normally? And also make the AI climb the ladder one at a time so they don't all just randomly run into a wall? Or is there maybe another mod that makes the AI much better?