The released demo for Frayed Knights: The Skull of S'makh-Daon. Frayed Knights: The Skull of S'makh-Daon is a 3D indie computer RPG for Windows (and, soon, Mac) featuring turn-based combat, old-school sensibilities, and a story of high adventure and comedy. Who says RPGs have to be so serious? In a world of jaded heroes and veteran adventurers, you play a team of misfits: Arianna, a dainty warrior with an attitude problem; Dirk, an adrenaline-junky rogue who doesn’t seem to understand the word ‘subtle;’ Benjamin, a nature-priest and an ill-suited newcomer to the adventuring lifestyle, and Chloe, a ditsy sorceress with a love of cute, fuzzy animals and setting her enemies on fire. This demo consists of the first dungeon (The Temple of Pokmor Xang) and the village of Ardin - basically the first couple of hours of gameplay. The beginning of the game is purposefully fairly constrained - the game opens up significantly after the first night. 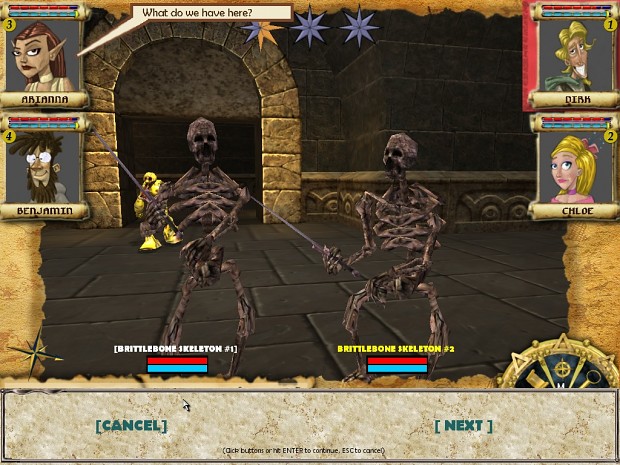