A rough gameplay demo for Fate/ Throne of Heroes to demonstrate the current feature set. Read the Readme PDF

I promised myself that at the end of November, no matter what, I would release my demo. And here we are. A very, very, very rough start, but here we are.

Please play with many different Servants and the Recommended Masters from the Readme and give your feedback! 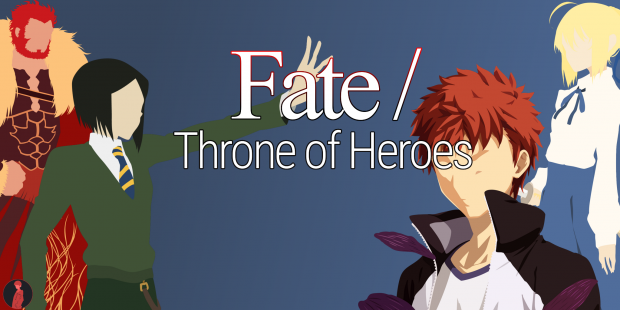 First of all, I apologize for my bad English since I am not a native speaker, and congratulate you and the team (if there is one) for where you have come, after two years of work to be able to present the first prototype of such ambitious project! I think I speak on behalf of all of us when I say that we looked forward to this November day (Yes, I know, today is December lol).
Now, after testing the demo a bit, I must say that it is quite interesting, I can't wait to see it completely polished. Being able to choose from a variety of Servants and Masters makes for a rich experience, not to mention the skills that each entails. However, I couldn't help but notice certain things that I hope will help in its development:
- Script error 520 on lines 175 and 173 (this happened after a texture did not load in Fuyuki map. I'm not sure at all if the error is located there)
- Homurahara buildings flying (they are not completely "stuck" on the ground, leaving some floating ends)
- Ryuudo Temple nothing (I don't know if it was on purpose referring to the lake behind the temple, but there was no building or, that I noticed, no lake)
- Missing texture Laberynth water (as I said before, I loaded the map of the maze for the first time and a window of a "missing texture" popped out. I guess it is the water at the bottom of the maze since it seemed as if there was nothing but at the same time yes)
- Some spells doesn't work or idk how to use it (Combustion, reinforcement, etc.)
- Minions of Illya follows her constantly (Some minions pass from the enemy, slamming into Illya and walking against her in the GTA NPC style, sometimes preventing free movement)
- Missing textures on buildings (probably WIP, so I understand)
- Some noble phantasm doesn't work (Maybe WIP, so I understand)
- Some superpositions on the menu selection and long names (for example, two overlapping arrows to change the map, or the servants menu that the back button occupies, or names that "come out" of the screen)
- Some minor visual "issues" like servants hair color, weapons textures and that. (Basically polished on some weapon textures, like Caladbolg that looks like an umbrella, or hair colors like that of the heroic spirit Emiya, which is actually gray / white with a brown complexion, or even some names or things like that that don't have capital letters, very minor errors)
Finally, make some suggestions and queries if I may, for example the map of the sewers of Fuyuki, you could do them as it appears in Fate / Zero where it is a large chamber with pillars and drainage tunnels. On the other hand, the maps located in urban environments such as the Emiya mansion and the Homurahara Academy try to make them larger or occupy the empty places with prefabs or house sprites, giving it a more urban appearance (also, in the future, a interior, nothing very specific, with the corridors and the terrace I think that would be enough). I understand that this is just a demo and it is true that I have no idea about modding and the work that goes into putting all this together, but I think I should give some suggestions to try to improve the aspect in the future.
And the aforementioned query falls on a mention that was made a long time ago in the Taleworlds forum, where you were raised the idea of ​​adapting Anime-style faces and hair as they did with the Touhou mod, my doubt falls on whether it is planned in the future implement this element or continue with the basic faces of the Warband. As a last question, ask if there will be "canon" or lore-related missions in addition to the existing Warband ones, and also if there will be a mechanism for the health recharge or "mana recharge" (Yep, THAT kind of recharge, dickplomacy style or just a wholesome conversation that hints the context of what will happen... Jesus forgive me, I'm feeling corrupted and dirty lol)
With nothing more to say in the near future, I will continue to review the demo in case I find any other errors, bugs or defects. Congratulations on the first demo presented! Keep it up !!