Dungeon Quest is a game created in XNA developed within 4 days at the GDC 2007 XNA Challenge. I have updated this source code to XNA 3.1 It is a relatively complex 3D role playing game, that even supports coop multiplayer on the Xbox 360 via split-screen. The game was developed by Benjamin Nitschke and Christoph Rienaecker. The full game, including all textures, 3d models, sounds and source code was made in just 4 days directly at GDC 2007 in the lobby (man, that was loud). Some of the engine code was based on Benjamin's previously released XNA code (mostly the XNA Rocket Commander game engine and the Collada Model Loader). 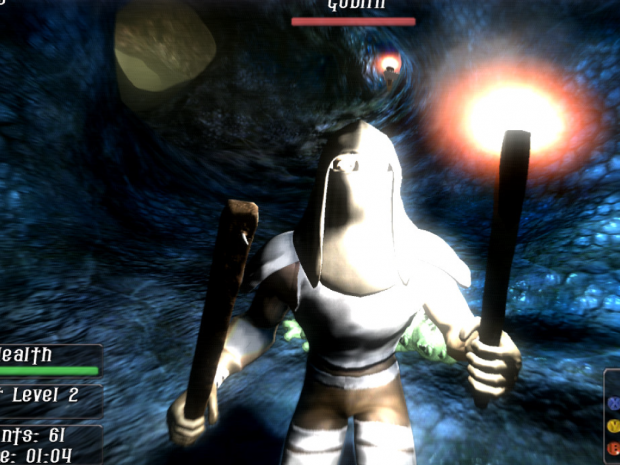