The release version of Death Embrace. Death Embrace is a Top-Down Shooter in the style of Survival Shooter with elements of Survival Horror. The game take place in the near future, some - in 2015-2020. World shocked biological catastrophe caused by the capture of a terrorist organization by several biological laboratories. In the world come The Zombie Apocalypse. The game hasn't a plot. The game is still one level, the purpose of which - as long as possible to hold out until rescue, fighting off parallel to the huge number of zombies. 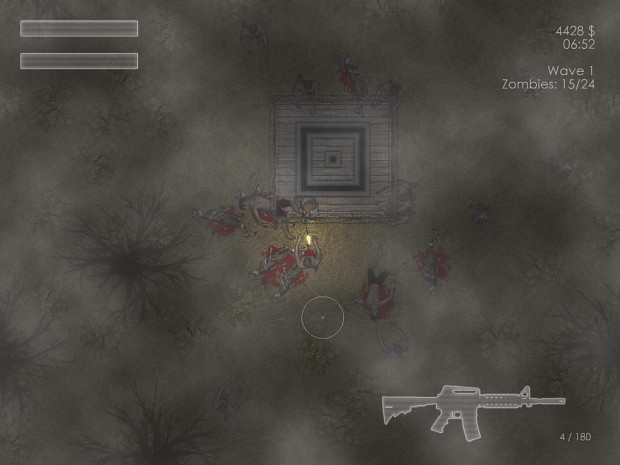