Blackmodule's Minecraft Suite v0.5.3 has been released. This mod is seemingly just a bugfix update, but, we assure that those who administrate servers will notice a large difference in the management of their servers. More specifically, there has been a change in the way protection blocks works and are managed. The new system is called the smart protection block system, and, players in the correct protection group are now able to activate redstone/open doors within their protection blocks radius. There has also been a slew of other commands added, titles for players added, and at long last an admin tool capable of destroying any block has been added. 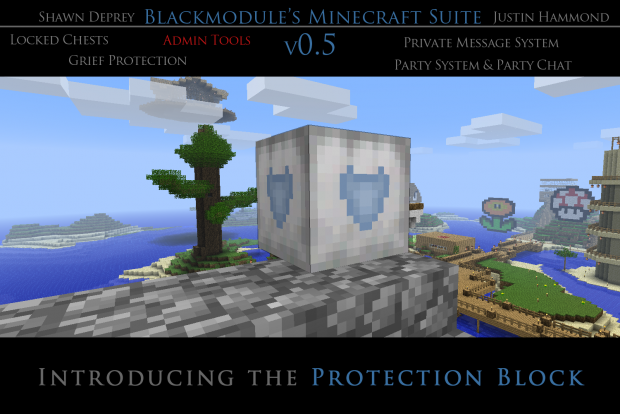