Here is the new version, with mostly fixes. Not all bugs were solved due to a lack of time. Those bugs will be fixed in future updates! 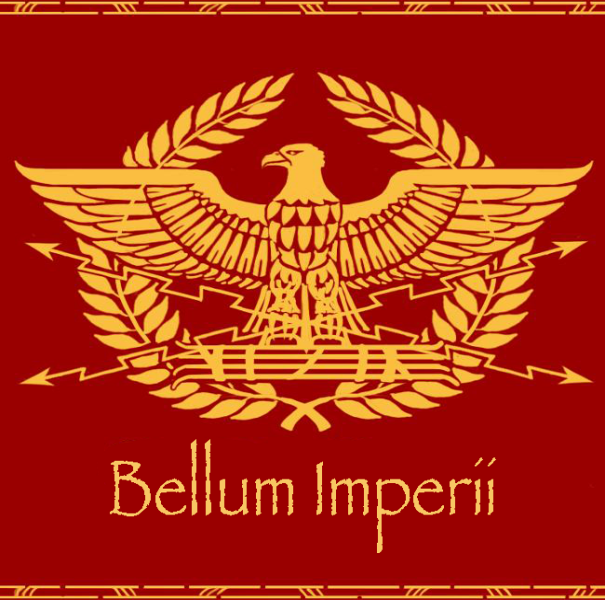 Great work and thank you for it.

Amazing work! what does the barracks??
And what does enlist troops in the military academy? i'm clicking but doesn't do anything

Can you change the color of the faction that the player creates for another color? There is a lot of red and well it is very rare (by the way your mod is one of the best is in the second place of my list of favorite mods)

I'm getting an error of " Unable to open file = ccoop_extra_ui_textures.brf " when trying to play the game, pls help, pls provide better solution since my google searches for hours have not yielded any better results- I have been a fan of your mod for years now and I don't want to give up!

There's a bug where in certain days you can't recruit any troop from the legion camps or mercenary camps.

Thanks for reporting it!

Excuse me . Why when i try to unpack the .rar file of this game there is always 2 kind of texture error or broke like greece helmet . Sorry i dont remember what the name . Maybe you have a solution sir . I believe this mod is great so i should have to play it :)

Nice, thanks for the update!

Great update! But theres a issue. I joined the Kingdom Of Parthia and up to now, only 1 war was declared. So far its just peace. Is there a way to change this?

Are you planning on expanding the map as it was in 1.4?
It had a fantastic size and a great feeling of danger when you marched an roman army far into the parthian empire and beyond.

also i have encountered some bugs with lords.

and i think it is based on specific factions.

I have noticed lords who joins the samartae, are changing their names into
'' what will be the name of your kingdom? ''

other factions are much worse. giving the lords the names of over 40 words

the weirdest is when the lord gets changed into ''lady''

I have tried messing around a bit in the files, but i am no master mind when it comes to modding, and i had no success in fixing this name changing issue.

Other than that. I love the mod, and i wish you good day.

BTW.
I have been playing around with the troops a bit in the files changing the ranks, names and gear etc. to give the abillity of having a more organized roman infantry legion with different cohorts, and commanders for each cohort.
the battles are amazing when you see 6-8 different cohorts ranging from 30-50 soldiers each cohort, and being commanded by their own commander with a plume on his helmet, while you sit back with your Praetorian guard watching the battle field and controlling the battle.

if you are interested in seeing my troop trees. then i will send you a picture

Thanks for the report, feel free to send the picture of your troop tree and I'll see if I can make use of it.

Unoficial patch for version 1.51 is already out !

Hey i have been wondering,are slavs finally going to have their homeland somewhere east of Duna ? Along with their unit tree etc.
The mod itself has a pretty decent base right now,but of course requires a lot of sharpening up,but I am happy to say it's getting there slowly but surely.

I like where this mod is going and i will give you some constructive criticism so i can help the mod get where it deserves to be,in the top 10 best mods for this game- at least.

First of all i am going to state a couple of current bugs that are in the game.

-Leftover gear from the base game,they must be removed from the game
-Broken names of some vassals,their names being game announcments,for example the message when a vassal is banished,that message is a vassal's name
-Some helmets are upside down in the buy menu
-The feathers on the helmets of Venedian Axemen are invisible

That's the bugs that i can remember that exist right now.

Here's some things that you should fix with gear..
-Most spears should be faster with the attack speed
-Axes or swords should have a slightly better divide between them so you know what you are trading,for example the axe should have some really good damage,mid speed,and low reach..While swords should have less damage then the axe,decent speed,and decent range.
-I don't know if the barbarians should have the two handed axes,im guessing they should,but i feel like they need a reskin,because the current ones are just using the models from the native game.
-There should be more round shields in general with the barbarians,the current square shields are good,although they should be a little better because their resistance is pretty bad,but there should definetly be more round shields
-The dacian falxmen should be a little better,maybe they should have increased two handed skill,probably 200 if possible,because they can easly be taken out with the archers,but if they manage to get in your face,they should be more scary and just better with the falxes,falxes in general should get a buff in my opinion.
-Addition of some helmets with the animal pelts over them,like wolf,boar,fox or bear pelts over some bronze helmet for the elite tier troops.Sort of like the current animal pelts,but make them a little more accessible,and better looking.
More bandits in the eastern europe region,i find that i struggled quite a bit to find bandits to kill and earn money.
-Slightly nerf roman infantry.
-Other things include more reskins for the weapons and armor in the current factions,like the sabers in the Sarmatian faction for example.


I don't know if the Slavs are going to get their own homeland,i hope they do,and i don't really know how many slavic factions will you add ( since there were 3 slavic tribes ) but if we are going to stick with the time period then you should have one slavic tribe.

"although they derive from one nation, now they are known under three names, the Veneti, Antes and Sclaveni"

"the Sclaveni and the Antae actually had a single name in the remote past; for they were both called Sporoi in olden times"

So i think,in case you do add slavs you should either call them Veneti or Sporoi.

I have seen the Venedian axemen and i have to say i like how you put them together,you even gave them the square shields with the correct symbols on the shields,along with the axe,a tunic with the red colored sleeves and skirt ends (although they could use a bronze plate on their chest ) and a slightly better helmet,maybe the plume helmet or something.

Anyways,thats about it what i think about the mod,some suggestion and hopes.
Thank you for the mod and good luck!

Thanks for the report / suggestions though!

Great mod. But may i know are u still in the progress of fixing the bugs? Will there be a new patch coming soon to fix it? Anyway keep up the great work, this mod has potential!

Correct! I'm still working on it. Currently busy with fixing the majority of the reported issue's for the next update.

Hey! I downloaded the mod and ran the game but it stopped running told it can´t open CommonRes/ccoop_ui_textures.brf . It`s weird because the other mods run perfectly. Do you have any suggestions what to do?

What is your Warband game version?

Try updating your Warband, you are using an older version.

Which version needed then?

nice mod im big fan of roman empire..but why all female faces look like they are orcs female?

Ibb.co
Ibb.co
Ibb.co
Ibb.co
Ibb.co
Ibb.co
My hero have lot of clones when need save villagers from bandits it's save bug or mod problem?
And world map camera stock by invisible wall bit closery to edge of map and some places have invisible mountains and parties cant go though them. Some area tournaments fighter stock in the wall even player.
And how centurion helm 52ar may cost 1400 denar then legioner helm 50ar 6800