An engine test that features an arcade mode style game mechanic and demonstrates the controls and the look of the game well, even if the gameplay is very dissimilar than what the final game is to be. Placed 9th in the Game Development competition at the Assembly 2012 computer festival. Hit "read more" for a short gameplay guide and known issues/bugs in the current version. UPDATED: 9th August 2012 See "read more" for changes.

On the upper right, the current charge of the robots battery is listed. Everything consumes battery power, and it also acts as the robots health points. If you drop below 35%, only basic functions (single jumping, movement) remain active. Double jumping, wall jumping and dashing are available. While dashing, the robot is invulnerable to damage.To recharge, press down in front of an active charging station, or pick up a battery. These spawn randomly around the level. 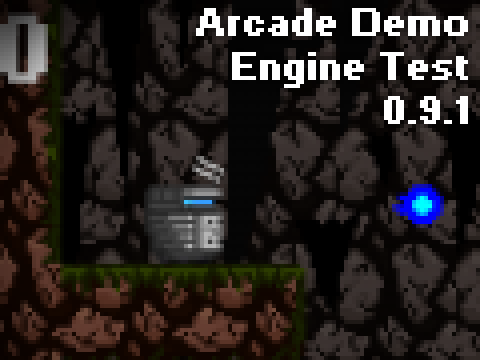