"Legacy of Rome" DLC for Crusader Kings II is highly recommended. This is a Sub-Mod for the "Game of Thrones" Mod that adds a little more flavor to the game if you decide you want to create an empire in Essos. Included are several decisions that will allow you to create a "Valyrian Empire" in Essos, complete with an exclusive government-type (Imperial Government) and set of laws, which will make your new domains feel a lot more like 'Roman Empire meets ASOIAF'. 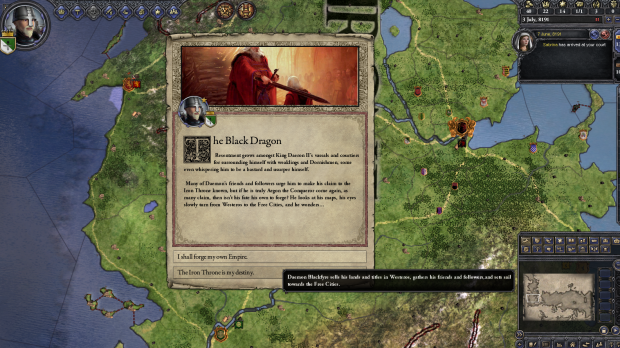