This is the full version of 12TH mod V1.0, with high quality textures.

This is the full version of 12TH mod V1.0, with high quality textures. 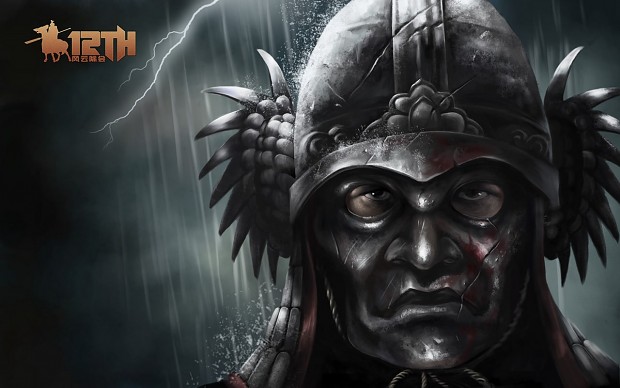 the companion dialog is still vanilla mount and blade

i got huge FPS but crash a lot when go to town open battle buy goods , etc how can i fix it

play it with the newest version of warband, it should solve the problem

holy **** , if you read the description will be confused

I assume that is not an English version, the village names are quite a mess. I like the idea of a charging horse getting wounded, but even if you don't charge, touching an enemy is -30 health of your horse, which is a little too much in my opinion. And with this version I cannot capture prisoners, although I use blunt weapons and see "knocked down by" messages during battle. And the last I have no idea how you gain "exploit" points, the messages on the forum were very vague, saying you should help your faction as mercenary. Even though the tavern keeper tells you that the faction leader looks for mercenary, there is no dialogue option to sign up, doing quests for the faction leader or other lords doesn't get you exploit points and my last hope to capture slaves and give them to the Guild Masters to earn some exploit points seems to fail.

The English version ?? but it is not the languege haven't finished translating yet . The Village , Lords name are repeating . And some how a lord in Song Dynasty have a vassals with Arabian name Muhnir , a song dynasty companion named Weeks ! Hope you fix it soon

could you add back the chineese command voices back?

anyway to fix the crashes? i cant take playing with crashes like this its too much

Completely translated to english and with a few more new items for the european factions, I would rate this one as one of the best mods Warband ever had.

Beautiful visually!
Reflects great historical insight and knowledge in the opinion of this person of average understanding.
But how do I start?
No freelancer
Few or no weak bandit parties.

Thanks for your immense amount of hard work.

Open the REPORTS tab from the global map. You will see all the important information at the top.
Where Merit: you need to score 1000 points for combat feats. Charged for any victory over the enemy of your faction. It can be any hostile to your faction minors, for different kingdoms.
Well, respectively, the enemies of the state, with whom at the moment there are wars. If your hostile state has a military alliance with another kingdom, your party's points of help for defeating such allies of the enemy are also credited.
After the start, when military operations begin, approach any general of your faction, he will say that mercenaries are needed to help your state according to the birth legend, immediately after that, the count of aid points begins, as soon as you reach 1000 points, immediately look for the ruler, he will tell you, That you have achieved success and helped the kingdom, and he is ready to accept you into the kingdom as a full vassal, will give possession. Continue to count the points for military exploits, when you reach 2000 - this is the first official rank in the kingdom, look for the king again, in a conversation with him will appear a line that I would like to receive a winning award in the service, he will give you the original set of military equipment. Also weekly, you will begin to receive a salary from the treasury of the kingdom, each rank of the salary will grow. Then the limit level of aid points for the transition to the next rank will increase, only 8 military grades in each kingdom. Starting from Rank 6, there will already be two conditions for getting a reward, in addition to the help points, you need to have Support at the level of 20 points (7th rank-support 40, 8th rank support 60). Support is the arithmetic mean of your relationship with the generals of your kingdom, where you serve. Therefore, starting with the start, start not forget to conduct conversations with both the ruler and the generals. For a joint successful assault on enemy property, talk with each participant, the relationship with everyone will go +1; For any victory over the enemy general, as soon as you speak with the ruler, the relationship will increase +1; For the assistance rendered in the battle to the general from your kingdom, when not an equal battle of relations will go to +7, when you storm the enemy's possession, and there were your generals in prison, just as for the recovery from captivity the relationship will improve +7; When captivating the enemy general, release him, for your kindness, rumors will reach all the generals around the world who approve of such acts, accordingly the level of the parameter Support will rise, only harmful generals will remain in character (information on them is in the report on F2), with Which subsequently need to raise relations; When there is a distribution in the state of the seized possession or the commander-in-chief, it is possible either by F1, F2 to look across an important matter: what the ruler is busy, approach any general and ask who you think should get the seized allotment, he will tell you his opinion, decide who to support , His or his friend / relative, then the relationship will also go into a plus. When you reach +40 with the general, who can exchange special warriors for the kingdom, you can see when you point the mouse at the general, in addition to his character, it will be signed in brackets like this - (Special Warriors), in the dialogue with him there will be a new line that you would like to exchange specialist. Warriors of the state for the war, he will tell you what conditions for the exchange of specialists.
When you reach rank 8, get the last branded outfit, you can rebel against the ruler, attitudes to that time with many generals will already be high, both your former and your enemy's camp, if you let go, the +5 relationship goes with the enemies until Service will be, with many countries the faction will be neighboring to fight. You can go to a free flight earlier, but without relationships, there is no special reason, because nobody will simply come to you, the war will be with all the surrounding kingdoms in you. When you completely destroy the kingdom where the rebels were, part of the generals will choose your side, part of it will be swept into other kingdoms, then begin to seize power on the global. If the relationship is excellent, usually +100, then you can offer to join the enemy on your side, if conviction is pumped, can take the side of the player. When you create a state, you can appoint your companions as satellites, preferably those who will have specials in their squad. Warriors, if during the game they raise the skill of a coach, leadership, then your former companions will be a reliable support in the fight against all, since alone it is rather difficult to fight, especially when the war is fought on three fronts.

looking forward to play mod - but is it normal to have 16 hour download with 10mb's adsl?

Probably server MODDB does not give fast this mod

The game starts to get sort of unstable beyond day 200, meaning sometimes when you enter a castle you ctd, when you enter tavern you ctd, when you open dialogue you ctd, etc. I dont know exactly why this causes or why it gets more frequent the more days you have, but i heard it has something to do with too many things to load at once, and so crashes. Id really love it if it was possible to fix this with some patch, if the exact problem is identified. It is likely that whatever causes this is accumulative, seeing as the crashes become more common the longer you play.

i am expecting a mod like this from you on Bannerlord.