You may not modify or redistribute the textures. Please contact me if you wish to use them in another project. 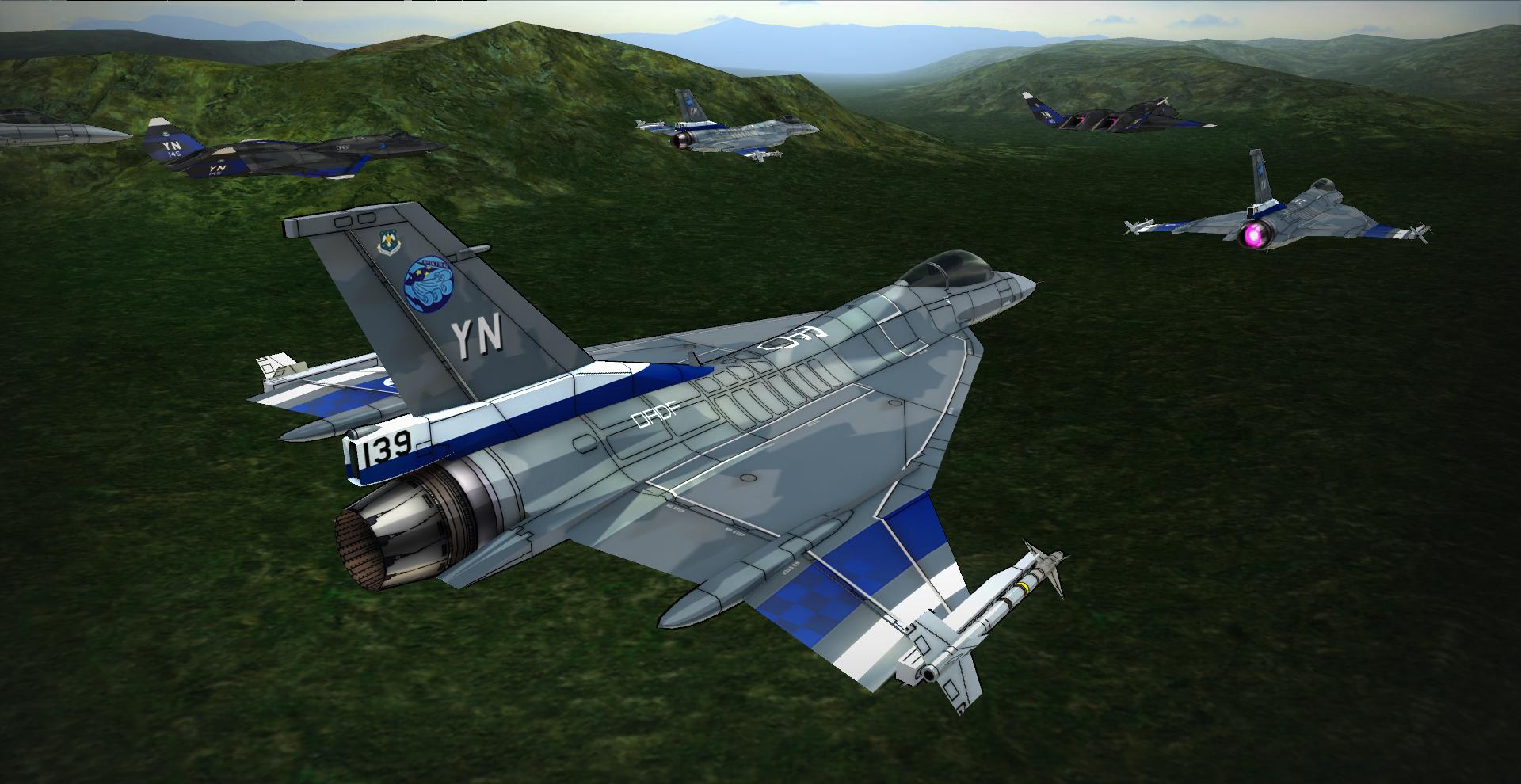 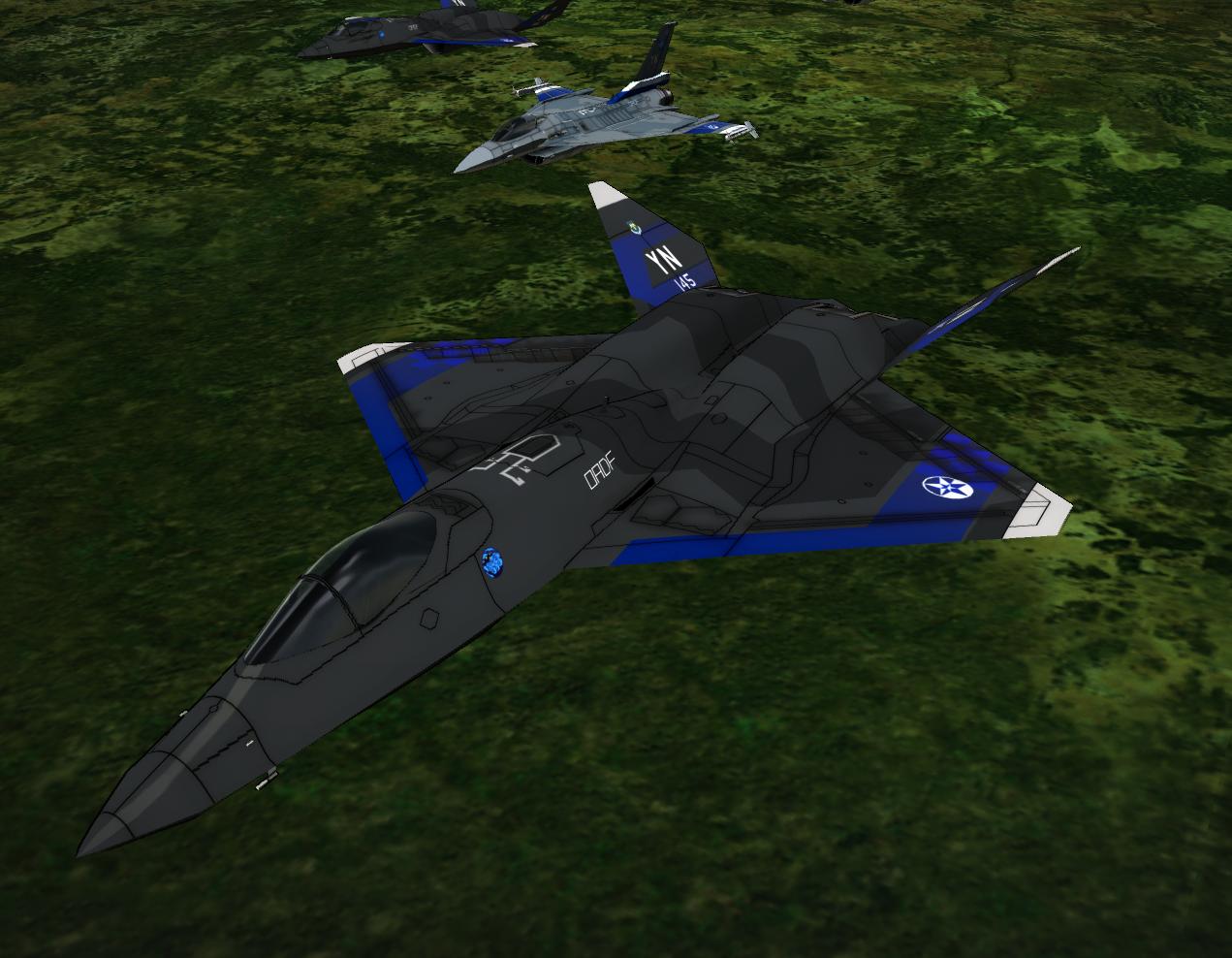 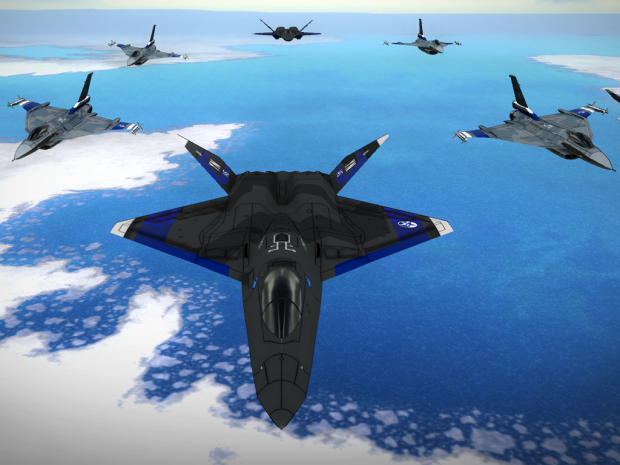 This one is wonderful!
Can i request here the Sourcerer Sqn skin? For F15Z or Active, it makes no difference. Many thanks!!!

I'm gonna be a hypocrite (thanks to my dibs thread) and make my own Wizards.

Plus, the blue decor is too dark and saturated.

pls downvote my above

Have some proper, albeit still simple criticisms:

The original aircraft had much brighter, less saturated blues, sort of reminiscent of earlywar US Naval aircraft camo, and were also gradients to a pinkish-purplish colour of some kind.

The camo colour is actually very close to the original colour, though the shade you used wasn't quite as blue.

According to the following, the OADF text is actually next to where the engine's parts would be located, in the bulges behind the cockpit, rather than at the nose:

Also, your aileron grease seems slightly confusing. I can only see them greasing at high speed, where they should angle to the back of the plane, but they instead angle outward. Very minor, I know.

And now for a couple of opinions.

The tail code seems to be speculation. That's.. fine, but I'd probably have chosen to make it AV, as Wizard only ever canonically operated from Avalon.

There probably should be OADF roundels at the front, next to Wizard's emblem, similar to the UAF roundels next to Galm's signature hound here: Vignette4.wikia.nocookie.net

Other than that, I haven't checked the XL, though I think my blue criticism stands there. Otherwise, I wouldn't know.

I'm perfectly aware of color/shade/markings positions differences from the ACZ's texture, they're intentional and to my personal taste.

As for the "OADF" position, "AV" tailcode etc., you're referring to a fan-made model, which isn't a canon source.

Avalon dam is not Osean territory, hence no OADF bases there to constitute a tail code. Furthermore, "Avalon" wouldn't necessarily convert to "AV", much like "Sand Island" isn't "SI", but "NZ".

"YT" was used as the only known canon alternative to "NZ" to establish a better connection with the Ace Combat world.

So in the nutshell - I know. Thanks for your time.

BTW, did you make your own version yet?