Being a Warhammer 40k fan,the Adepta Sororitas (Sisters of Battle) have a special place in my heart. I had chosen them as the representing voice overs for the Kingdom of Hellas because 1.)They are unique. 2.)They have a byzantine-(Eastern) Roman Empire feeling to them(fun fact: there were instances where nuns (and priests) in the Byzantine Empire were trained for war(albeit only for self-defense),such as during the Holy Wars of Emperor Heraclitus,the ones who lived along the Empire's borders(and were trained with the Akritai,like any other civilian) and of course during the last times of the Empire before its fall. 3.)They are awesome! However as this mod aims to be taken seriously and to be somewhat realistic,I have decided to make them optional.The Karskin unit voices will replace them from now on until further notice.

MAKE SURE TO KEEP BACK UP OF THE OLD FILES!!!!

and replace when provoked.

Have fun purging the enemy with your battle nuns (make sure to accept them when the corresponding event is triggered)! 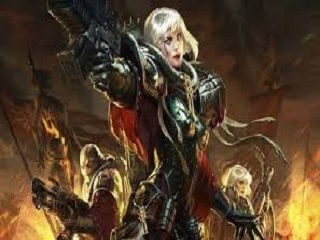