Many Contributors of the Freedoom Project

Boom-compatible source port required to play! An attempt to build what might have been Version 0.5 of Freedoom with the source code that is up for download on its Github "releases" page. It may not accurately capture what was V0.5 (such as some sprites from V0.7 and V0.8 to avoid having dummy sprites as much as possible), but I did to my best ability. Not all sounds were replaced, the only sounds included are what was included in the source code (except Keen's hit sound, which was from V0.6.4). Sounds that are muted don't have a sound file in the source code. I am confident I made a proper PWAD to replicate a possible V0.5 of Freedoom.

Since the IWAD file for V0.5 isn't up for download anymore due to copyright reasons, and with the closest to
playing it is by having to build the WAD yourself on its Github page, I went out of my way to building this
version of Freedoom as a PWAD and attempt to replicate what V0.5 could have been. Of course, not all sprites were replaced, some came from V0.6.4, V0.7, and as far as V0.8 as some sprites aren't in the source code (or source files?) and it would be a hassle and probably not so great to see a "dummy graphic" telling you that this sprite isn't finished. Regardless, it was an attempt to the best of my ability.

Most of the contents in the PWAD contain what was in the source code, so I had to guess what were dummy sounds at least. Sprites remain untouched so you wouldn't have so many floating "this graphic is not done" sprites all over some levels. Some dummy maps are included, mostly to indicate that there was no playable map or a map that can be finished, so a press of a button skips it. I highly advise that you use the Freedoom IWADs to play this PWAD as you'll have missing textures if you attempt playing on the original Doom IWADs.

What This Package Includes:

Various text files for V0.5 of Freedoom are included, with the exception of the CREDITS file, which is from V0.8. If you come across any issues (assuming you somehow play much of this), send me a message or email and I'll try to address it. 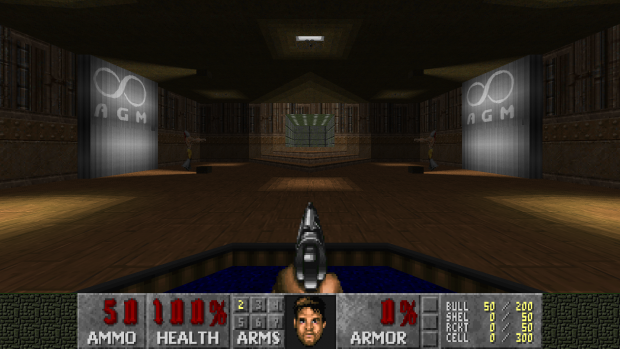 Nice man, this is great!

Mind if I rip the levels from it for something? It's hard to find v0.5 nowadays. And the unbuilt github version was nuked.